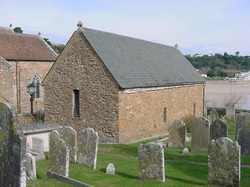 History of the Fishermen's Chapel

On the site of a small 6th Century monastic church, sits the Fishermen's Chapel. Built  in the 11th-12th Century, by the Bishop of Coutances. The original timber  building with a clay floor was rebuilt in stone, preserving the Christian  site. 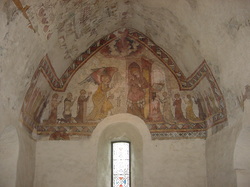 For  almost 300 years it remained a single cell building, until the 14th
century,  when it was appropriated as a chantry and burial place for a prominent
family.  The east wall was decorated with a painting of the Annunciation of the
Virgin  Mary, flanked by 14 kneeling figures. With its tiny Norman windows, the
chapel  would have been gloomy. 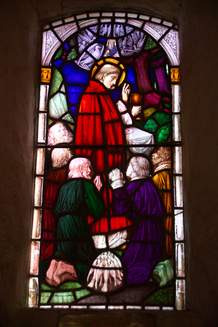 Less  than 100 years later, another family took over the chantry, refurbishing  it to  include bigger windows, and lowering the floor.

The chapel became  associated with the fishing guilds, to which it owes its current  name, in the late medieval periods.

In  1550, during the Acts of Reformation, it was  converted into an armoury, housing  the parish cannon. So the church  remained, until the mid 1800's, when arsenals  were provided for the  parochial Militia. From this, it became a store room, and  a carpentry shop  until major restoration in 1883. 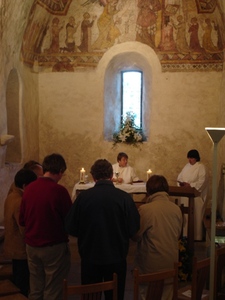 Restoration  has continued on this wonderful old building, culminating in 1973
when in  conjunction with archaeological studies, the roof was retiled, the
floor paved  with granite, and period furniture  crafted.

This  church has been a centre of Christian worship  for 1400  years.